Thanks for your professional service and high quality products.

Easy to talk with, very professional and fast service, the product quality is super good, much better than I ordered from other companies.

We trust the quality of your products. Keep this going, and we will establish a long-term trade relationship with you.

Our company specializes in manufacturing all kinds of cheating devices for all forms of gambling, including poker games, Mahjong games, dice games and domino games. In addition to gambling cheating devices, our company also sells professional poker skills and techniques. Her in this article, we focus on the Queens To Aces Switch Card Trick.

What is the Queens To Aces Switch Card Trick?

The queens to aces is a Fantastic little card swop trick that you can use on the street or amongst friends.

Techniques on the trick:

You need to set up the deck so you have the queen of diamonds on top of the deck, then an ace of spades. Then the queen of hearts, then finally the ace of clubs.

You show the spectator the top card (QD) and let them pinch it between their two fingers.

You then perform a double lift which hides the top card (AS) and shows the Queen of hearts.

You then give the spectator the ace of spades without them knowing.

You take the original Queen of diamonds and switch it by misdirection for the ace of clubs..

And now you are set for the final reveal. You place both cards down on a table and ace the spectator which cards are face down. They say the Queen of hearts and the queen of diamonds.

Then you turn over the cards to reveal they are in fact the ace of spades and ace of clubs. The seem to have changed in the hands of the spectator.

The spectators leave impressed at your magic skills.

The more you practice the better you will be:

The queen to aces trick will take a bit of practice to get it right, especially with the misdirection involved too.. ultimetly the more you practice the better you will be.

The misdirection must be timed well and if you try to get the specators to focus on the card in their hands as you do the switch, it will not be seen.

When you reveal the change of the queens to become aces, sound surprised and kind of make out that you don't know how it happened. The acting side of it will blow away any punter that wants to be fooled and amazed.

We have professional poker players to teach customers poker skills and techniques. So, if you are interested in learning from our poker experts, welcome to contact us! 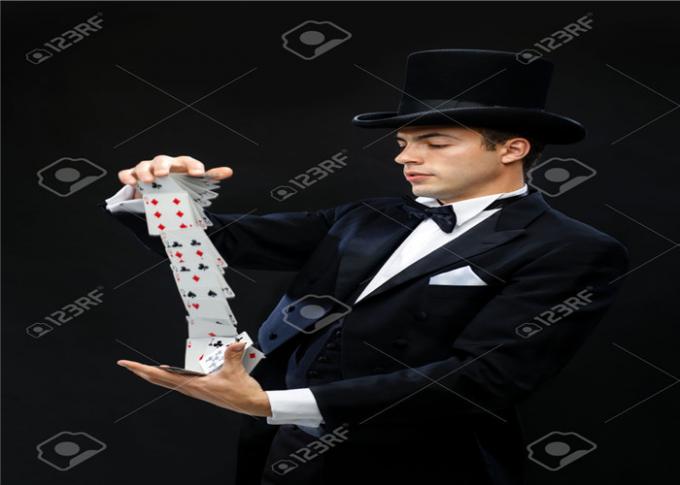